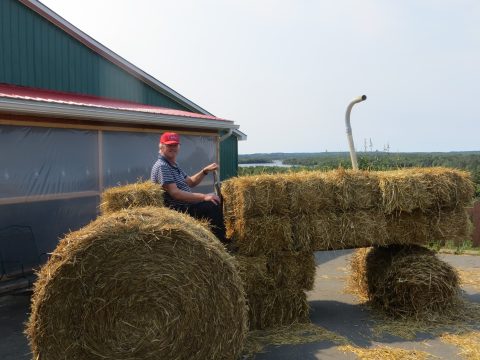 Farming has been a tradition of Hebbville and the Hebb family for many generations with Indian Garden Farms being no exception that. In 1856, Abraham Hebb began what would become a tradition of farming that still exists today.

Indian Garden Farms was so named by its founders after the discovery of tools that were believed to be used by First Nations peoples prior to European settlement.

The farm became a family affair as Abraham passed it on to his son William, who made huge developments to the property, adding a cranberry bog which still exists today as Canada’s oldest working cranberry operation.

The farm continued to pass onto each generation, next to William’s son Fletcher and then to Gerald. Gerald established the farm market that today stands as an important connection between the farm and community. Allowing customers to visit the heart of the farm to purchase their produce fresh became an important asset to many visitors.

Today, the farm is run by Gerald’s son, Glen Hebb. Glen has brought the farm into the 21st century while maintaining the tradition and hard working values of his ancestors. Along with wife Marilyn, the farm has branched out into the bedding plant business with the establishment of Beaulah’s Bloomers.

The future of family farming in Hebbville has never looked so bright and we hope you will pay us a visit soon.